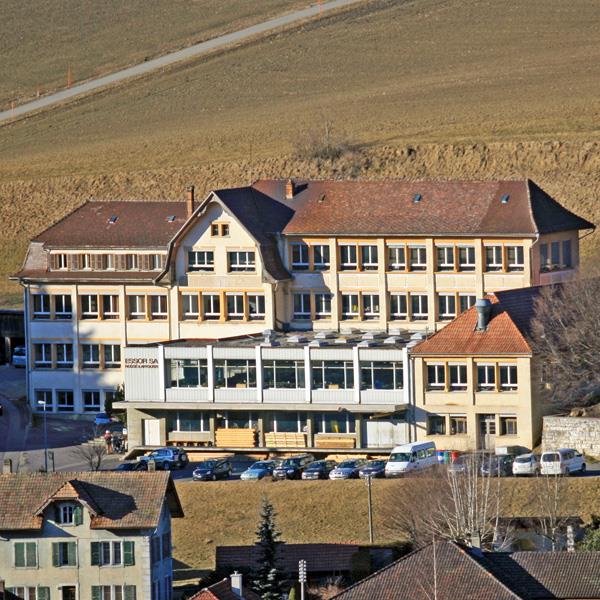 At the beginning of the last century a new industry was born in our region, turning, which was going to revolutionize the way of life of the times. It was the move from small-scale artisan production and peasant farming to the era of automated manufacturing.

It is close by, in Moutier, that several brilliant inventors designed the first of the lathes that progressively would to be at the origins of the first turning workshops, including the one belonging to the mechanic grandfather who gradually developed "the art of turning"!

They started with machines with three cutting blades, then four and then five. As the years passed, all sorts of special equipment was added with the intention of improving production and making using the machines easier.

Turning using cam-driven machines was destined to see a huge increase in our village to the point of becoming the "job" par excellence!

The parts produced were originally intended for use in the clock industry. For Essor, which had its own factory (Court Watch), the parts being turned fed the watch and alarm clock assembly line direct.

Diversification was required, and subsequently the turning workshop produced parts intended for electric and battery operated razors of our own design, not forgetting needles for industrial sewing machines.

Today the cam-driven lathes are being progressively replaced by digitally controlled machines capable of machining any sort of material for the most varied types of industry.

The job of turning has evolved, born along by ever more sophisticated techniques to become a "High Tech" industry based around the latest technologies, where computer science and engineering, combined with the know-how of the operators, work miracles!